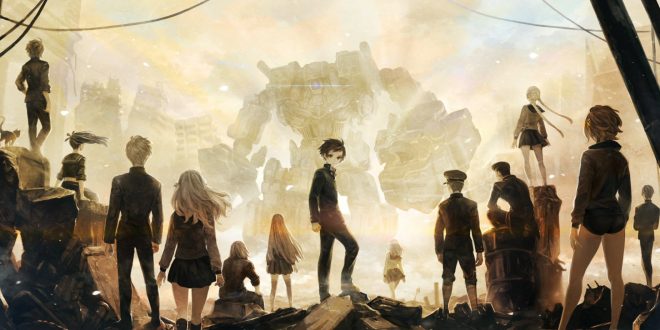 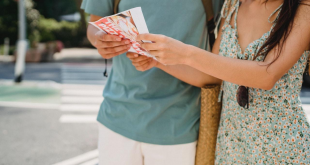 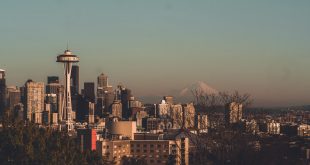 Time keeps on slipping, slipping, slippingBack in August, I wrote up a preview of Vanillaware’s 13 Sentinels: Aegis Rim that focused on the prologue to the full adventure. In my post, I said I’d written down several notes to keep track of everyone in the game and the respective years they traveled from to reach Japan circa 1985.
Turns out, most of those notes were useless. They were a waste of paper really, because no matter how close I paid attention in that prologue, how much I studied the review guide I was sent by Atlus, nothing could prepare me for what this game had in store.
13 Sentinels: Aegis Rim (PlayStation 4)Developer: VanillawarePublisher: AtlusReleased: September 22, 2020MSRP: $59.99
13 Sentinels: Aegis Rim is a game that loves to keep the player guessing. It wants people to keep asking questions as it slowly peels away its layers and blindsides you with pressing new mysteries. This is a dense piece of soft science fiction, with multiple character motivations and relationships to explore throughout a range of eras that include World War II, the 1980s, and the future’s future.
The bulk of the game takes place in 1985 and follows a group of high-school-age teenagers, most of whom attend Sakura High School. In the prologue, you actually start the campaign near its end. Giant kaiju are attacking the city and it’s up to these 13 heroes to band together in their sentinels to destroy the monsters and save the city. You meet all of the central characters in these opening hours and discover their initial motivations. Before any of that though, each story section begins with a quick fight in the game’s battle mode that introduces you to the ins-and-outs of its unique system.
Once you get past the prologue, 13 Sentinels splits into two distinct experiences. There is Remembrance, which is the narrative-focused adventure mode where you’ll spend the bulk of your time. Then there is Destruction, which contains the various battles you fight against the kaiju invasion. Both of these split sections feed into one another as the further you advance in one, the more you’ll unlock in the other.

Wanting to get the most of that sweet Vanillaware art direction, I dove headfirst into Remembrance, bouncing around from character to character, slowing unraveling the plot. Do not be surprised if you find yourself lost in the opening hours of the narrative. Not only are there several characters to play as — you don’t unlock all 13 until later in the game — but their storylines don’t necessarily run even with one another. You might witness a scene with one character early in the game, only to see it again from another character’s point of view hours later. Not only that, but some characters have multiple names, and there are dream sequences that might prophesize events in the future or even the past.
If it were told linearly, the story for 13 Sentinels: Aegis Rim would easily be one of the best science-fiction stories gaming has given us. But by breaking it up in a non-linear fashion, there is a greater reward for those players who pay close attention to the dialogue and actions of these characters. Mixing its pieces around adds an element of surprise and allows the writers to offer up twists that might not have otherwise been possible if this story were a straight line. This is a seriously gripping narrative, a stay-up-until-2:00 am-reading-subtitles-because-you’re-so-damn-hooked caliber of storytelling. It may be intentionally complex, but it’s that complexity that enriches the overall experience in ways few other games can manage.
It also has a beauty few other games can match. That signature Vanillaware art direction has reached new levels of detail in its elegant recreation ’80s Japan. The settings are magnificent, and its use of light and color enriches what would otherwise be drab, gray buildings. Certain areas are soaked in the pinks of sunset or glowing in neon greens, and so many points found around this city simply take my breath away. This is the best art Vanillaware has ever done, though if you’re really into the fan service of the developer’s past titles, know that there’s very little of that in the game.

Some of that art direction carries over to Destruction, though it’s very minimal. The kaiju each have a more detailed illustration you’ll see when they’re introduced for the first time, and each attack you can equip to your sentinels has a tasty little animation that illustrates what it looks like. Unfortunately, you don’t get any of that in the heat of battle. The sentinels and kaiju are both represented by simple block graphics that, while not visually stunning, are very representative of the types of arcade games that would not be uncommon when this game is set.
Destruction is divided up into different areas of the city, each requiring the completion of multiple battles. You’ll have access to all 13 characters when you get through the prologue, but you can only take up to six into battle at once. The remaining sentinels guard the aegis, which is the ultimate goal for each battle: protect the aegis or it’s game over. Before each fight, you’ll pick the characters you want to take into combat, and there are four different generations of sentinels to consider. First-generation sentinels are ground-based, heavily armored, and deal out massive damage. Second- and third-generation sentinels are also limited to the ground, but have attacks and support skills that are useful against a wide variety of enemies. Fourth-generation sentinels can fly and are ideal for taking down massive swarms of flying kaiju, but have far less HP than your other options.
At the end of each battle, you’ll earn a ranking based on how you did in protecting the city, the aegis, and your sentinels. You’ll also see how exhausted each character is from battle, which forces you to routinely rotate your line-up. Each successful battle will net you Meta Chips, as does completing story sections in Remembrance. These chips are used to enhance your sentinels with new and stronger attacks, and your terminal, which gives you access to effects that can change the course of a battle. Your characters also level up separately of the Meta Chips, unlocking new abilities that can encourage you to experiment with your team builds. Each battle also has a set of unique challenges associated with it that, if completed, earns you extra rewards.
Whereas the narrative isn’t afraid to throw players for a loop, the battles of Destruction are extremely straightforward. Kaiju attack and you kill them. While there are different types of kaiju to contend with, each with their own weaknesses, strengths, and functions, it’s not too difficult to have a team that’s perfect for every situation.

These battles play out similar to a real-time strategy game, but combat pauses each time one of your sentinels can perform an action. This gives you a chance to properly analyze the battlefield, check where the next group of kaiju is going to drop, and make any shifts in your strategy that are warranted. Honestly, I didn’t need much time for strategizing until I reached the last section of battles. On normal, these fights are fast-paced, intense, and pretty enjoyable, but they don’t offer much of a challenge or a steady difficulty curve. There is a harder difficulty available for those who really want it, but you can also make it easier if you just want to focus on the story.
And honestly, I don’t blame anyone who sets these battles to easy so they can cruise through them and get back to Remembrance. It’s easily the strongest half of this package, and if I have any complaint about 13 Sentinels, it’s that the structure Vanillaware chose for this game, separating the story from the action, lacks cohesion. Pre- and post-battle dialogues do reference some of the revelations made in the narrative — as well as occasionally spoil future plot points — but because these battles are not sewn directly into the storyline, they often feel like an unwanted diversion from the far superior and simply enthralling Remembrance.
Had Vanillaware crafted a title where the story and the action wove into one another flawlessly, we’d be looking at the greatest game the developer has ever made, without question. Unfortunately, that’s not what this game is, and while what is here is great, it’s crushing to see just how close 13 Sentinels: Aegis Rim came to perfection.
[This review is based on a retail build of the game provided by the publisher.]13 Sentinels: Aegis Rim reviewed by CJ Andriessen8.5GREATImpressive effort with a few noticeable problems holding it back. Won’t astound everyone, but is worth your time and cash.How we score:  The Destructoid reviews guide
Read More

The Basics of Travel You Should Know While You Visit Qatar

The historical backdrop of Qatar goes back to around 50,000 years prior. It was additionally …